WHEN VIDEO GAMES BECOME MORE THAN JUST A PAST TIME – by Janine Fuertes-Ramirez, M.D.

Created in the 1950s, video games did not gain mainstream popularity until the 1970s with the dawning of simple arcade games and consoles. Many of my own fond memories from childhood include playing on the Atari with my older sister, and unwrapping my first-generation Gameboy on Christmas Day. Fast forward to 2018 and we have seen video games grow exponentially into a complex, billion dollar industry, whose reach extends to all ages and cultures. But when does playing video games change into a harmless hobby and into a destructive habit?

In addition to the clear link between excessive screen time, which includes TV, computer, phones, and video games, and the rise in childhood obesity rates, excessive video game playing can be detrimental to one’s mental health. In one study conducted by Gentile et. al, over 3000 children and adolescents were followed over 2 years to determine the prevalence of pathological video gaming and identify potential risks and outcomes. Their results demonstrated that greater amounts of gaming, lower social competence, and greater impulsivity seem to increase one’s risk of becoming a pathological gamer. In addition, those individuals who were deemed to be pathological gamers had a higher incidence of poor school performance, social phobia, anxiety, and depression.

In fact, because the negative effects of excessive gaming have become so well documented and prevalent in our society, the World Health Organization (WHO) has decided to include gaming disorder in the upcoming 11th update of International Classification of Diseases (ICD-11). The WHO defines gaming disorder as a “pattern of persistent or recurrent gaming behavior” characterized by “1) impaired control over gaming, 2) increasing priority given to gaming to the extent that gaming takes precedence over other life interests and daily activities, and 3) continuation or escalation of gaming despite the occurrence of negative consequences.” It is most commonly seen in adolescent males, ages 12 through 20, and the negative repercussions may include everything from a neglect of one’s responsibilities, i.e. household chores, homework, school attendance, to a rise in mood disorders, ranging from depressive episodes, social isolation, angry outbursts, and aggression. 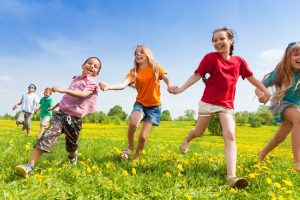 So what can parents do to make sure video games do not turn into a bigger issue? The old adage, “An ounce of prevention is worth a pound of cure,” still applies here. A child cannot get hooked on something if he is never exposed to it in the first place. If keeping video games out of the house seems like an impossible task, limit the amount of time spent on video games to one that works for your family, and make it conditional to your child completing his daily tasks. As a parent, make sure you know what games they are playing and what is involved in the game.  Parents should review commonsensemedia.org, which has age ratings and reviews on video games to make sure it is appropriate.  Have a screen free day a week.  Encourage your child to foster other hobbies and extracurricular activities, especially ones that get him physically active and engaged socially with peers. Lastly, if you suspect that you or your loved one may be suffering from too much video gaming, seek help and schedule a consultation with a mental health provider today.

Lardieri, Alexa. “Excessive Video Gaming to be Named Mental Disorder by WHO.” US News. 26 Dec. 2017.